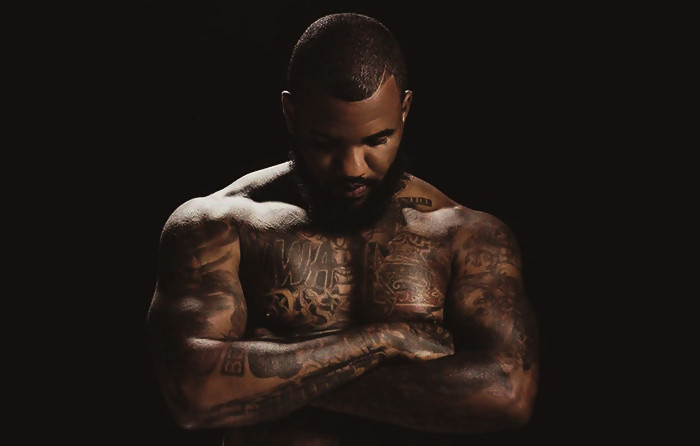 UPDATE #5: We’re back with another update! It looks like Meek is readying a reply, previewing an “OOOUUU” freestyle seemingly directed at The Game.  Check out the clip below.

Please don’t bring me out of retirement!!! Im putting them Fatigues back on for my city ! Straighten up or get straightened out ?

UPDATE #4: It’s day two of The Game & Meek Mill’s feud and the two rappers continue to trade shots on instgram. Catch up below: 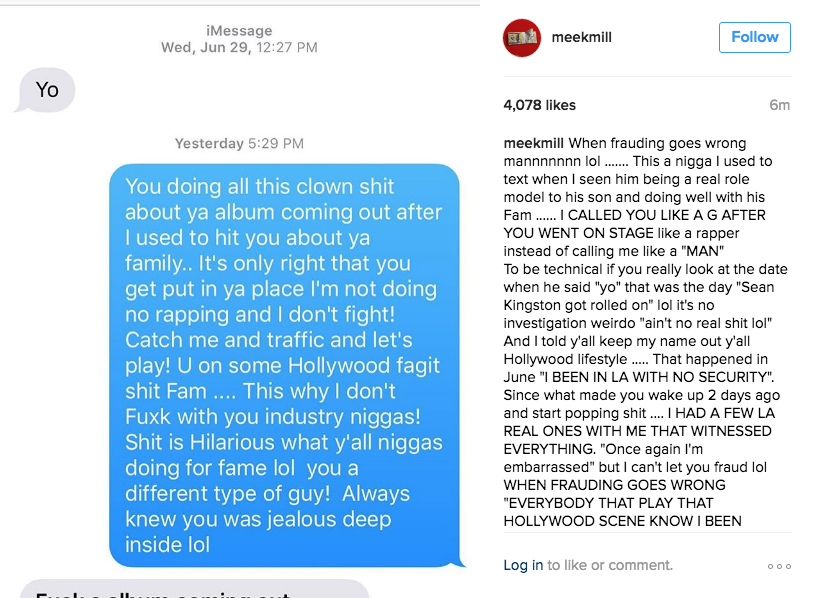 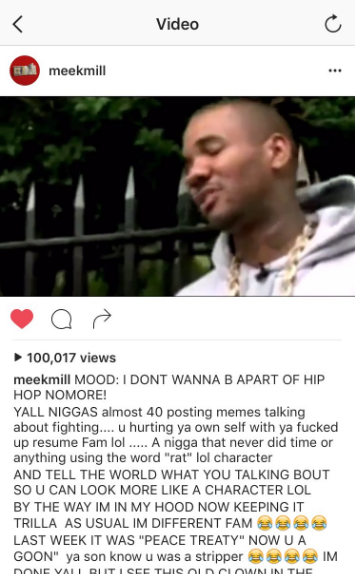 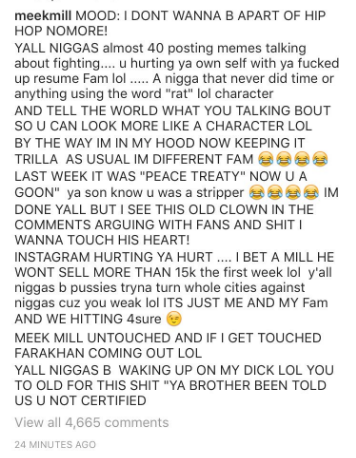 Don’t call my phone tryna back out this ass whoopin…. & don’t lie & tell yo followers you ain’t hit my jack…. We ain’t got shit else to talk about… & this ain’t bout nobody but ME & YOU…. Don’t hide or run when you see me Meesha…. We gone have a old fashioned scrap like men & im going to beat the dog shit out you… You know you don’t want & that’s why you back peddling…. #CatchThisFade for puttin my name into an investigation & having detectives knockin on doors…… You know & I know you snitched !!!!! #YouSnitchedOnSafareeToSnakeHisGirlFromEm #YouRattedOnYaOwnMan #YouGotChasedOutOfPhillyByArAb #AndYouBoutToGetRanOuttaLA #DontCallMyPhoneRat #YoAssWhoopinIsSealed #SqueakMeal ????????????????? #Gone

UPDATE #3: This doesn’t look like it’s going to end any time soon.  After Meek insisted that Game is doing this all for album promo, Game shared the following pictures on instagram:

The last time Nicki held a REAL NIGGA !!! ? #7thGradeBodyHavinAssNigga Everybody know you the wife nigga…. If she take her followers back, you gone be back at 100k !!! #Snitch ?? #RatsWillDoAnythingForCheese #WeakMeal 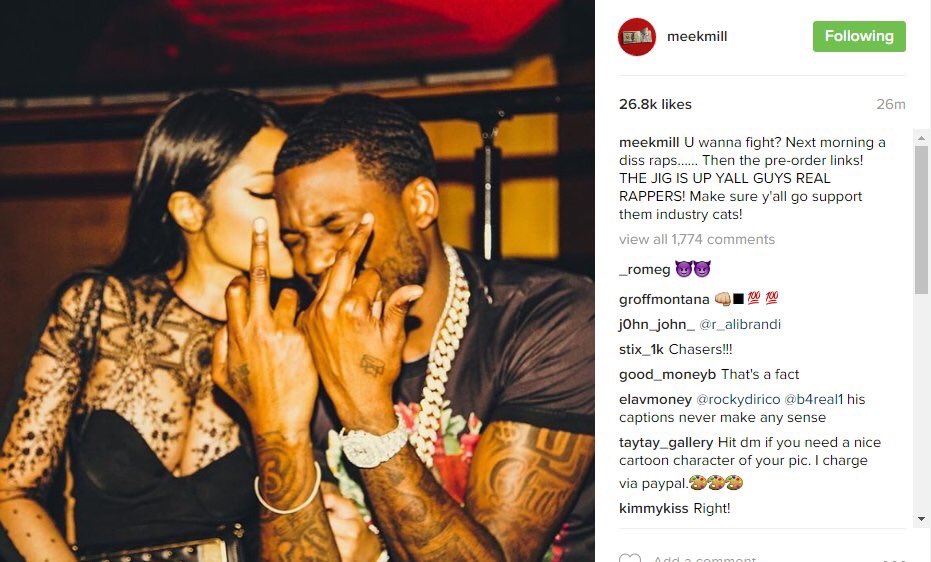 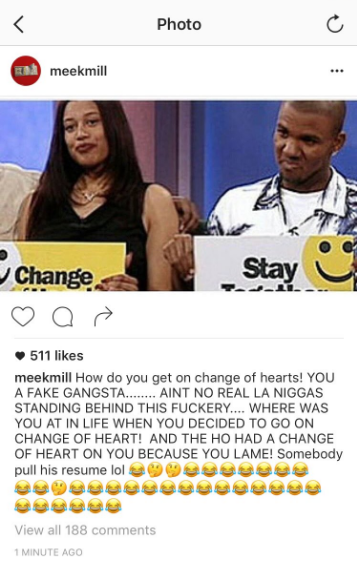 UPDATE: Listen to The Game’s new Meek Mill directed diss “92 Bars” in CDQ below, then catch up with the rest of the drama under that.

ORIGINAL POST: The Game is never one to back down from a feud, in fact many would say he’s quite the instigator & that’s exactly what he’s back to doing.  While hitting the stage in Miami last night, The Game turned his attention to Meek Mill, calling him a “snitch” & telling the crowd “[he] just wanna beat that n*gga ass one good time.”  Check out some videos from the scene below.