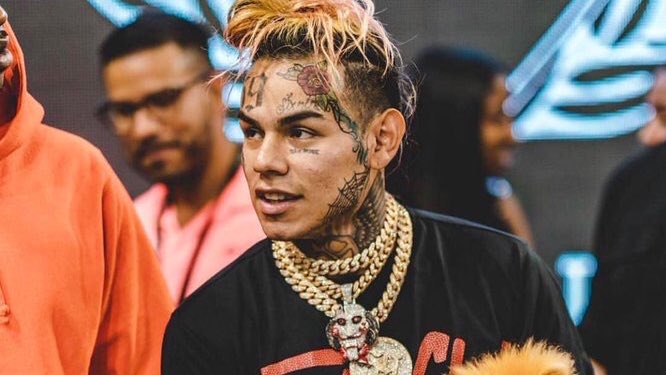 Tekashi 6ix9ine Is Facing 25 To Life

UPDATE: TMZ has obtained the 17-page federal indictment which offers much more insight on the Tekashi 6ix9ine situation.

The indictment alleges that 6ix9ine, along with several of his associates, committed various crimes over the span of the past five years to maintain their gang’s “power, territory and profits.”

6ix9ine alone is facing 6 charges, the most serious of which is discharging a firearm while committing a crime. If convicted, Tekashi will face a possible life sentence, and a mandatory 25 years in prison.

He is currently being held without bail.

ORIGINAL: Just a few days before from the release of his Dummy Boy album, 6ix9ine has landed himself in serious trouble.

According to reports the 22-year-old New York artist, real name Daniel Hernandez, was arrested late last night on federal firearm & racketeering charges, along with his former manager Faheem Walter and another unnamed associate.

The arrest comes about a month after Hernandez was sentenced to four years probation for violating the plea agreement he struck in 2015 for his sexual misconduct case.