With both artists coming out of Broward County, Ski Mask The Slump God & Xxxtentacion quickly rose to fame together – but the camaraderie is no longer there.

Last week Xxxtentacion made headlines when he announced to the world that he would no longer be releasing music. Shortly after the that, he hopped on Instagram to say he would resume making music if Ski would “be his friend again.”

Now Ski has responded to X’s comments, explaining the separation:

“It was a lack of appreciation on his end, not because of me. I guess just from a business perspective. But he put a business perspective before a personal relationship, and I’ve been with him as a friend and as a brother for a very long time. I mean, it’s just on some other shit to be honest. It’s not on anything I’ve done wrong. I can’t even say I’ve done anything to him, and I wouldn’t go on the Internet and express that if I didn’t care about the relationship, but you already know how it goes. They use you to where they wanna go and then part ways. And I’ve been used a lot if you haven’t noticed.”

In addition to that statement, Ski also shared the following on his Instagram story, revealing that X threatened his family & even wanted to sacrifice Ski. 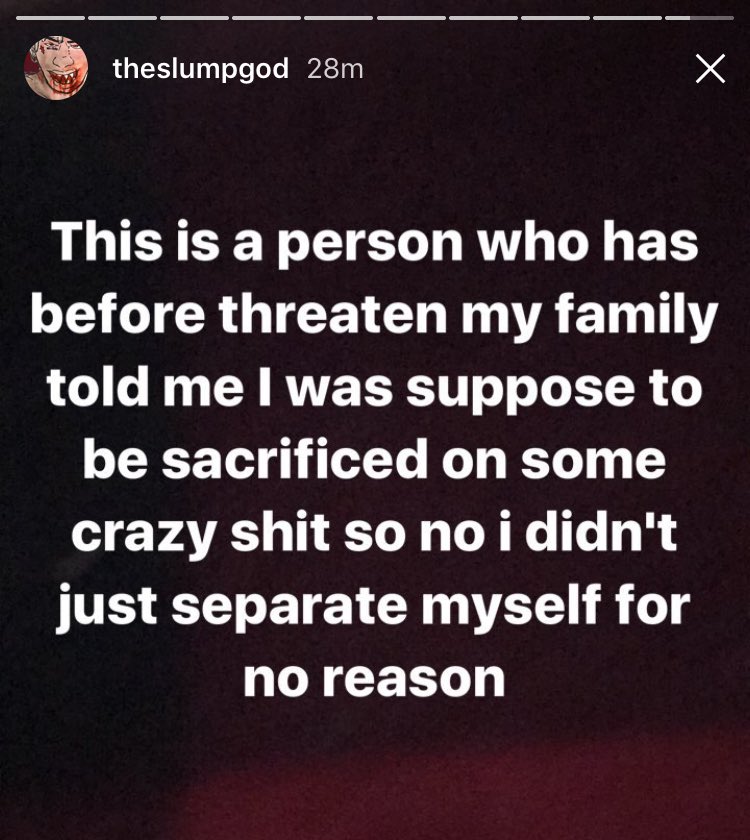