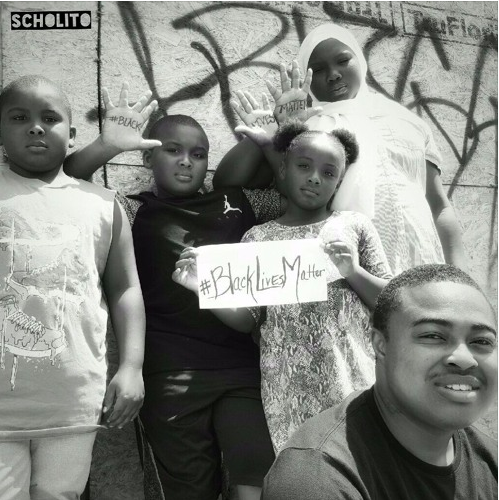 Philadelphia’s own Scholito is back better than ever with an important new project. After seeing tragedy strike black communities time after time in this country in recent months/years, the talented rapper has seen enough and decided to put his thoughts on wax. Scholito decides to re-release his new project Black Lives Matter EP, a 9-track, powerful compilation of music used to start and keep this important conversation going.
The project features a guest verse from John Blu and the bulk of production coming from S. Frank. Fans can look forward to Scholito’s forthcoming debut album Free Dell — a project dedicated to his brother, who is serving life in prison. As you can see, Scho takes this craft incredibly serious and is only making music to reflect that.
Black Lives MatterScholito