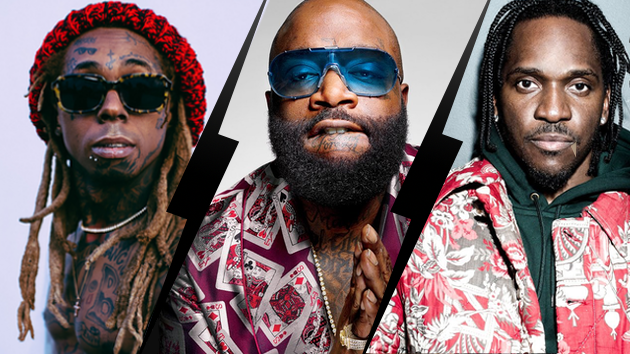 UPDATE: While sitting down with the folks over at Hot 97, Ross confirmed that Wayne & Pusha will appear on a track together.

Check out the clip starting at 8:50 below.

With Rick Ross’ new album Port of Miami 2 right around the corner, the hype is beginning to take off.

Although the tracklist is yet to see the light of day, screenwriter Bonsu Thompson, who was fortunate enough to have already heard the project, has given us an idea of what to expect.  Calling it one of Ross’ “finest bodies of work,” he revealed multiple features from the project including Drake and Denzel Curry, along with former rivals Pusha T & Lil Wayne on the same song.

Yeah #portofmiami2 is hands down one of Rick Ross’ finest bodies of work (front to back). Last qtr of album may be the most lyrical: Drake goes dumb (“Gold Roses”). And Maybach Music VI feat Weezy and Pusha.

Listen to my heart beat. Can you hear it? #POM2 #MMG #LLBB