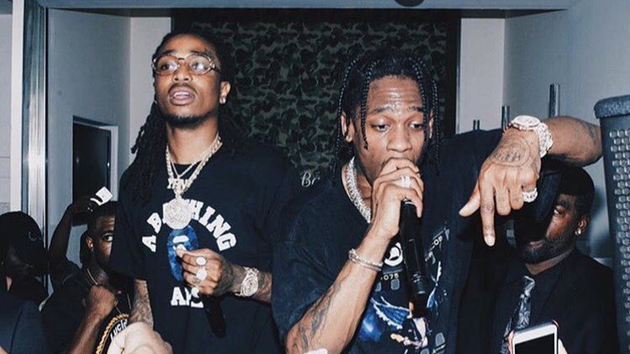 UPDATE (3/19): After the two connected with Drake on his More Life standout cut “Portland,” Travis Scott has reiterated that he & Quavo have a joint project in the works. Check out his tweet below.

Migos joined Travis Scott & Chase B for the seventh episode of .WAV Radio earlier today & during their conversation Quavo revealed some big news.  After being pressed about plans to unleash a solo project, Quavo went on to say: “Quavo album right after we get that Quavo and Travis album.”

For months there have been rumors that the two would be connecting on a project & now we’ve gotten it directly from the source.  As for a time frame to expect the project, let’s just say I wouldn’t hold your breathe.