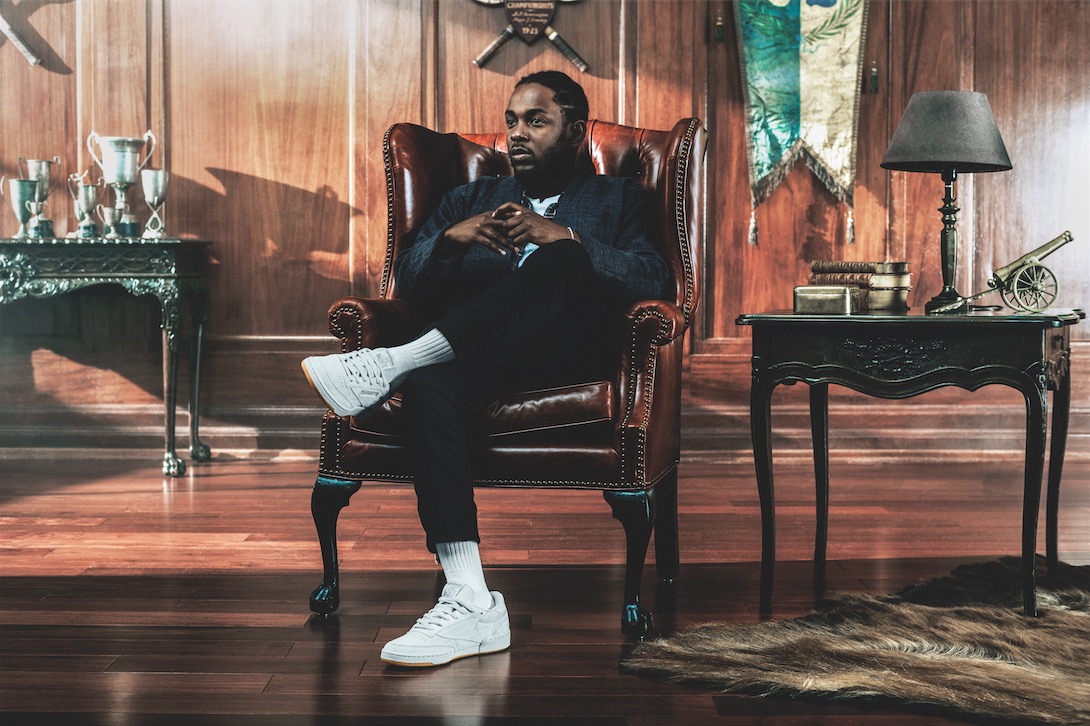 After announcing at his album signing in Compton yesterday that he has more new music on the way, Kendrick has retracted his statement. 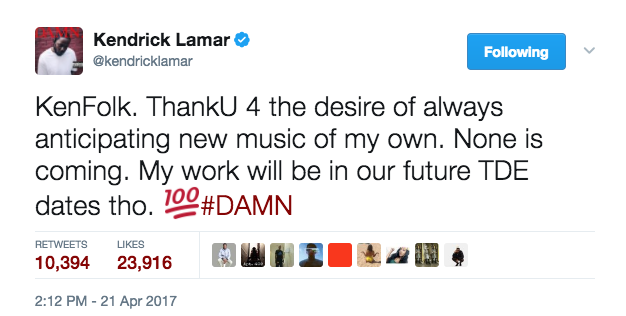 See the original video below.

ORIGINAL POST: We may not have gotten an Easter Sunday second album, but Kendrick Lamar says there’s still more in store.

Earlier today Kendrick made his way back to his hometown of Compton for a DAMN. album signing & towards the end of the signing a member of TDE’s camp began broadcasting the event on Instagram live.

At about the 21:00 minute mark below, Kendrick addresses his fans, thanking them for their support & announces he has more new music on the way. Check it out below.