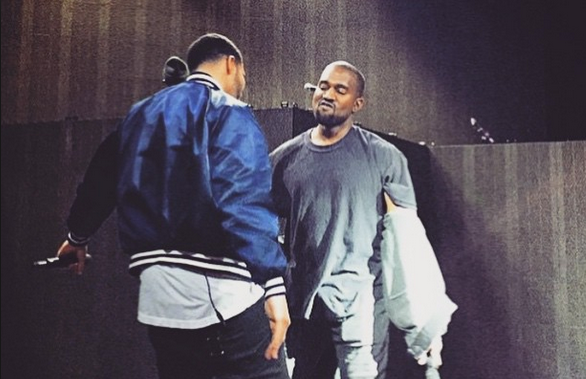 UPDATE (9/7): In an interview with Vogue on his Yeezy Season 4 fashion show, Kanye West has confirmed that he & Drake will be releasing an album together.

“We’re just working on music, working on a bunch of music together, just having fun going into the studio,” West said. “We’re working on an album, so there’s some exciting things coming up soon.”

While making an appearance at Toronto’s favorite festival, Kanye confirmed that he and Drake will in fact be releasing a joint album together.  We first heard about the project last year when Drake revealed he & Ye had plans to release a project & tonight we’ve gotten the confirmation.  Watch the video below of Kanye asking the crowd if they’re ready for the album below.