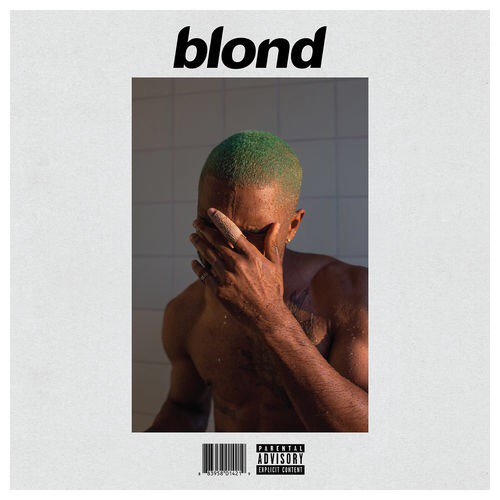 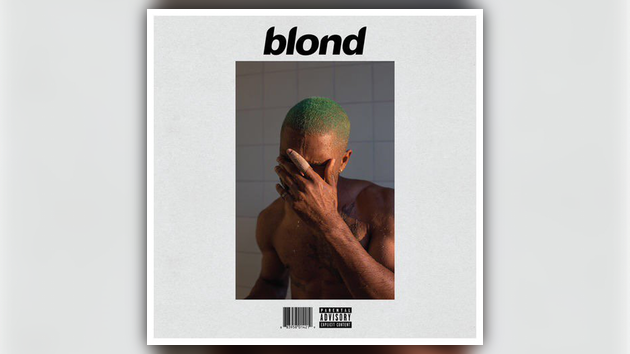 UPDATE (8/21): With Blonde finally here, Frank Ocean pens a personal note regarding the project. See below:

Two years ago I found an image of a kid with her hands covering her face. A seatbelt reached across her torso, riding up her neck and a mop of blonde hair stayed swept, for the moment, behind her ears. Her eyes seemed clear and calm but not blank, the road behind her seemed the same. I put myself in her seat then I played it all out in my head. The claustrophobia hits as the seatbelt tightens, preventing me from even leaning forward in my seat. the pressing on internal organs. I lean back and forward to release it. Then backwards and forward again. There it is—I got free.

It’s been a year since I moved to London, at the time of writing this, and there’s no practical reason to drive in this city. I ordered a GT3 RS and it’ll keep low miles out here but I guess it’s good to have in case of emergency 🙂 Raf Simons once told me it was cliché, my whole car obsession. Maybe it links to a deep subconscious straight boy fantasy. Consciously though, I don’t want straight—a little bent is good. I found it romantic, sometimes, editing this project. The whole time I felt as though I was in the presence of a $16m McLaren F1 armed with a disposable camera.

My memories are in these pages, places close-by and long ass-numbing flights away. Cruising the suburbs of Tokyo in RWB Porches. Throwing parties around England and mobbing freeways in four project M3S that I built with some friends. Going to Mississippi and playing in the mud with amphibious quads. Street-casting models at a random kung fu dojo out in Senegal. Commissioning life-size toy boxes for the fuck of it. Shooting a music video for fun with Tyrone Lebon, the genius giant. Taking a break/reconnaissance mission to Tulum, Mexico, enjoying some star visibility for a change. Recording in Tokyo, NYC, Miami, LA, London, Paris. Stopping in Berlin to witness Berghain for myself. Trading jewels and soaking in parables with the many-headed Brandon aka BasedGod in conversation.

I wrote a story in the middle—It’s called “Godspeed.” It’s basically a reimagined part of my boyhood. Boys do cry, but I don’t think I shed a tear for a good chunk of my teenage years. It’s surprisingly my favorite part of life so far. Surprising, to me, because the current phase is what I was asking the cosmos for when I was a kid. Maybe that part had its rough stretches too, but in my rearview mirror it’s getting small enough to convince myself it was all good. And really though… It’s still all good.

“I HAD THE TIME OF MY LIFE MAKING ALL OF THIS. THANK YOU ALL. ESPECIALLY THOSE OF YOU WHO NEVER LET ME FORGET I HAD TO FINISH. WHICH IS BASICALLY EVERY ONE OF YA’LL. HAHA. LOVE YOU.” – via Frank’s tumblr

ORIGINAL POST: I can’t believe this is actually happening.

After over 4 years of waiting, Frank Ocean’s highly-anticiapted sophomore album Blonde (formerly known as Boys Don’t Cry) has finally arrived.  Stream the 17-track project in its entirety below. 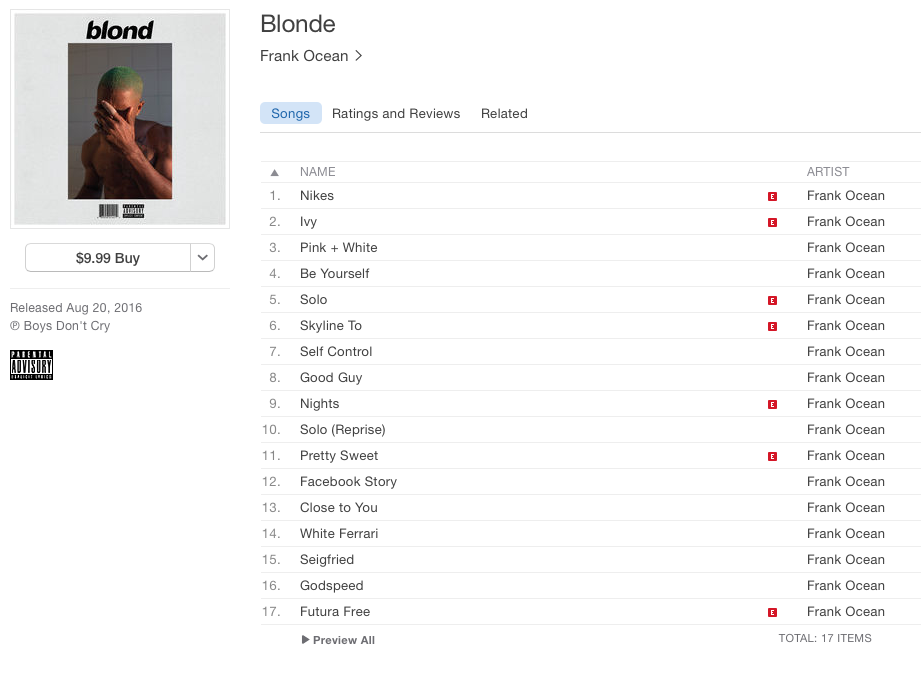