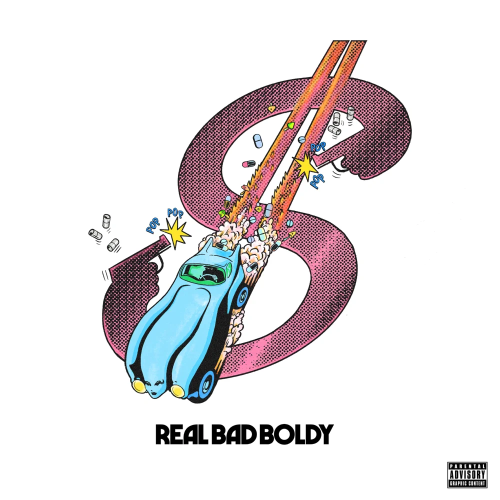 For the fourth time this year, Boldy James has released a new album.

This time around the Detroit rapper has connected with the multi-talented Los Angeles based Real Bad Man collective for production.

“With Real Bad Boldy, I’m talking about my life before music; before I caught this second wave that I got right now. Things that I am into, this art of hustling. I didn’t really make it in this industry as a youngin,’ I made it once I got a little older and I feel I am in my prime now. I had a life before music and that’s what I rap about. I’ve lived enough life to where it writes the music for me. I don’t have to recap, or reflect, back on it too hard because this is my real life. This isn’t me taking something I’ve seen, or been fascinated with and creating a fictional truth out of it, because I’ve seen it. I am not a “seen it” kind of guy. I am a “lived it type of guy, and this is what it sounds like when you’ve really lived it.”

Real Bad Boldy arrives on the heels of James’ The Versace Tape project which touched down back in August. Earlier in the year James released an AOTY contender with The Price of Tea in China, as well as his experimental Manger on McNichols album.

Listen to the new release below.