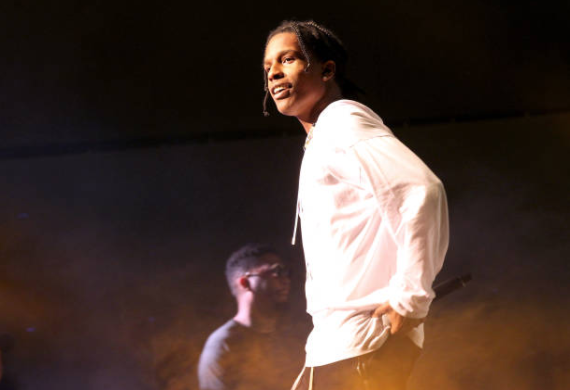 It’s been well over two years now since A$AP Rocky’s last album & with fans growing impatient, the finish line is in site.

Speaking with London’s Standard, Rocky reaffirmed that the album, which he describes as sounding “futuristic,” will arrive later this year.  He also went on to describe how recording in London influences his work:

“It’s just special to me for some reason. I’m just… I express myself way better when I’m in an environment that allows me to be. When I’m here, for the most part, I’m in a peaceful, creative environment and I’m testing the waters and making new music, messing around with new sounds and anything that’s innovative.”

He continued, touching on some artists he’s been working with lately:

“Been working a lot with my boy Skepta, just exchanging energy and vibes in a brotherly way… All that stuff, all those guys, I’ve been on that stuff for some time, I think it’s cool.”