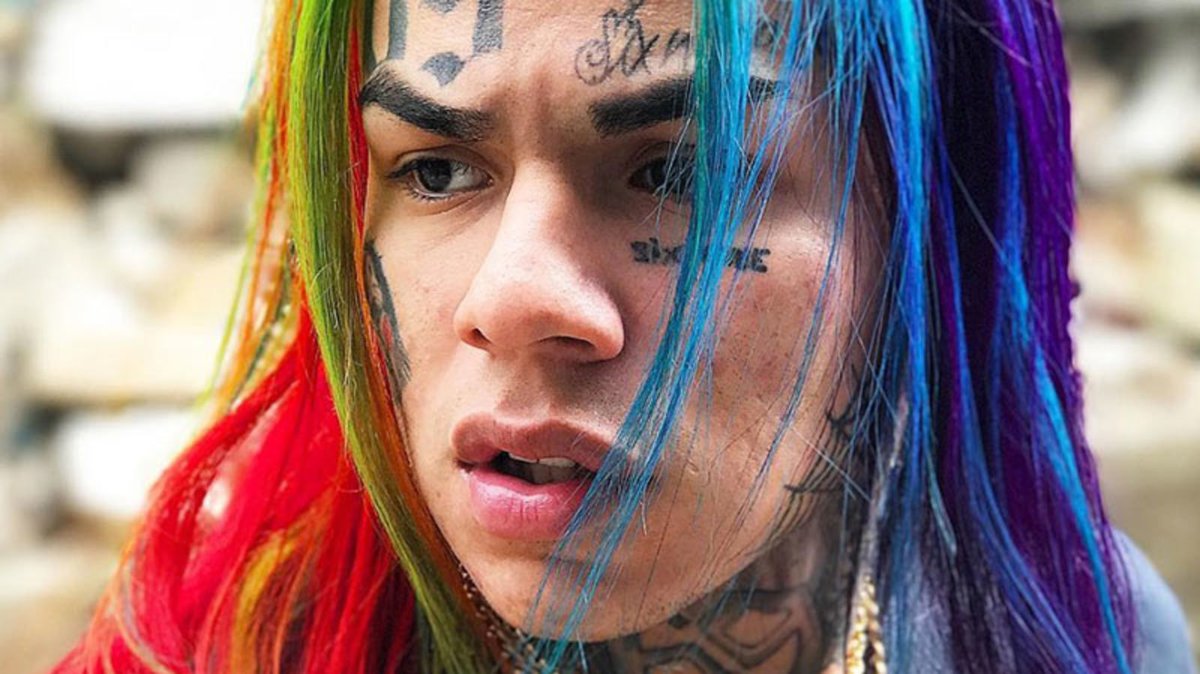 6ix9ine found himself in a scary situation early Sunday morning.

According to reports, the Brooklyn rapper was on his way home from a video shoot at around 4 AM this morning when three masked men wielding guns blocked the entrance to his home.  The men approached 6ix9ine, pistol whipped him – knocking him unconscious, and threw him in the back of their vehicle.

The gunmen proceeded to drive the rapper around, demanding he gives up cash & jewelry or he would be killed.  After the men returned back to 6ix9ine’s home, two of the three entered the residence, while the third stayed back to stand guard. The gunmen reportedly made off with around $750K in jewelry before heading back to the car with 6ix9ine still inside.

At that point the gunmen began to drive off with the rapper still inside when he managed to hop out of the moving vehicle & run into a stranger’s car where he was able to call for help.

6ix9ine was taken to the hospital where he is currently being treated for minor injuries.