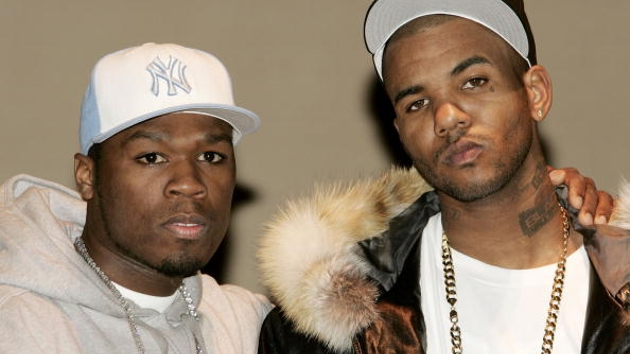 For over 10 years now what was once considered to be one of Hip Hop’s most dangerous duos, 50 Cent & The Game, have been on opposite ends of beef, but that’s finally changed.  Last night both parties found themselves at the Ace of Diamonds strip club in Los Angeles.  What started off as a seemingly routine night took a turn for the better when 50 & Game hashed it out before Game eventually took the stage to officially put an end to their feud. See video below.