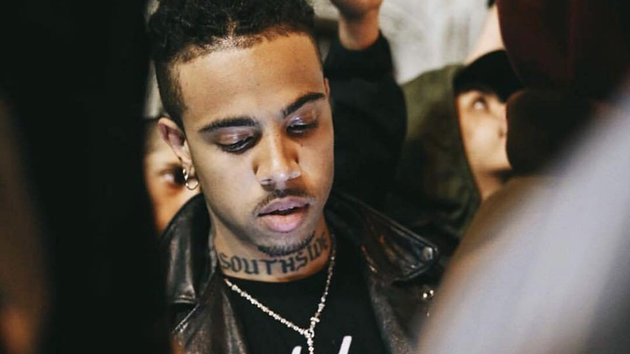 After giving us The Manuscript EP last month, Vic Mensa has announced today that his debut album The Autobiography will arrive later this month on July 28th.

THE AUTOBIOGRAPHY 7.28.17 It’s such an honor to be giving you all my debut album, The Autobiography. This is my blood sweat & tears, i’m so infinitely grateful to everyone that’s been here with me for the ride. A lot of you were down with me when I was going through some of the hardest parts of my life, and I wrote an album about them, my debut album. I got so much love for the people that support me and I really did this album for y’all. Based on a true story.

UPDATE (6/6): While it may not be the album, Vic just announced his new EP The Manuscript will arrive on Thursday! Watch the trailer below.

After dropping There’s A Lot Going On in the summer of last year, Vic took the backseat for a minute but it sounds like he’s about to make his return.

Earlier this week Andrew Barber of FakeShoreDrive sat down with Vic to listen to what he described as Vic’s “best work to date.”  According to Barber, the project is set to feature the likes of Pharrell, Chief Keef, Joey Purp & more.

As far as when we can expect the album, Andrew gave one word for us to speculate on, “summer.”

It’s Vic’s BEST work to date. Better than INNANETAPE. It’s an open book & he even brings that old Roc sound back. No ID is the exec producer