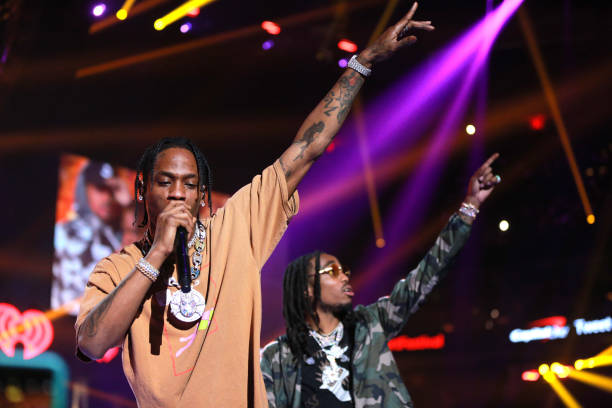 UPDATE: After months of stringing us along, it appears the Quavo & Travis Scott joint album is finally complete.  Just a little while ago Quavo sent out a tweet saying he &  Travis have wrapped up their end of the project, & that it’s been sent out for mixing & mastering.

It shouldn’t be much longer until the album is finally ours to enjoy.

ORIGINAL POST: Travis Scott & Qauvo have been teasing their joint album for quite some time now & while it seems like we’re making no progress with a release date, at least we’re getting some fire snippets out of it.

Yesterday Quavo hopped on snapchat to share a preview of what he & Travis have been up to in the studio.

Check out the snippet below.