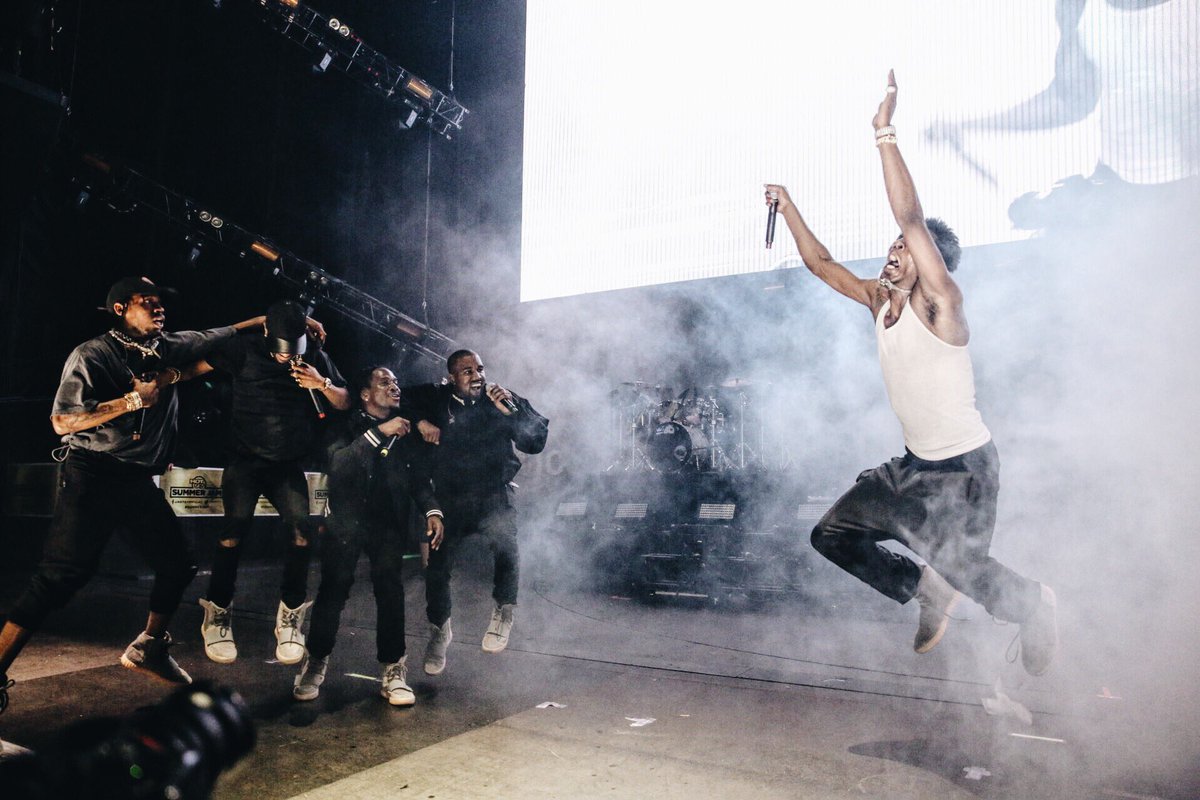 Not many rappers have shot up the charts faster than Desiigner & it appears things are only getting better for the 19-year-old.  Last night at Travis Scott’s .WAV Radio party, Desiigner took the opportunity to preview the official “Timmy Turner” remix, which will feature none other than Kanye West.  Check out some snippets from the party below.