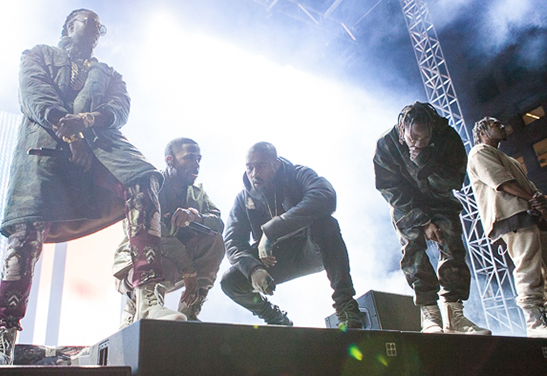 Pusha T probably just got a few hundred thousand fans’ hopes up after confirming in an interview with Genius that there’s a G.O.O.D. Music album in the works.  Speaking on how his recent collab with Jay Z came about, Push explains that he first ran the idea by Kanye while working on a G.O.O.D. Music collaborative project.

“I was coming to Los Angeles to work on the G.O.O.D. Music album and play Kanye some new things I’d been working on,” Pusha told Genius on Tuesday. “I played him ‘Drug Dealers Anonymous’ and I said, ‘I want Hov on this.’ He was like, ‘Oh man. That would be fire.’”

For years we’ve been waiting for a Cruel Winter from Ye & company, and now it looks like that just might be what we’re getting.