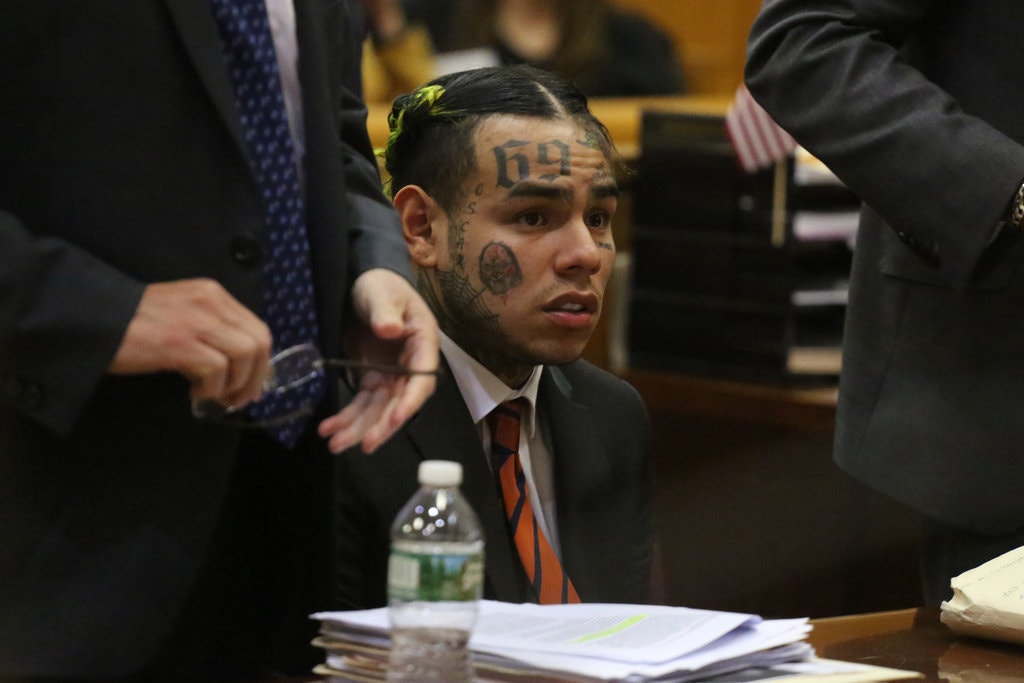 Just days after another former associate of 6ix9ine, real name Daniel Hernandez, was sentenced to 20 years in prison, prosecutors in his case are asking the judge to take it easy on the New York rapper.

Late Wednesday night federal prosecutors filed a memo requesting the judge who will sentence 6ix9ine to show mercy for cooperating, which they described as “both incredibly significant and extremely useful.”

According to the memo, 6ix9ine provided “an insider’s view of Nine Trey and a firsthand account of many acts of violence” that prosecutors would not have been aware of under other conditions.

Hernandez was arrested on November 18, 2018 on federal racketeering and firearms charges.  The very next day he met with prosecutors to admit his involvement with the gang, as well as an armed robbery which he had been charged with.

Between the dates of November 19, 2018 and January 23, 2019, 6ix9ine met with prosecutors a total of seven times to provide “critical insight into the structure and organization of Nine Trey, identifiy the gang’s key players, and describe acts of violence that he personally witnessed or that he heard about from other Nine Trey members.”

He will appear in court on December 18th at 10 a.m. to be sentenced.