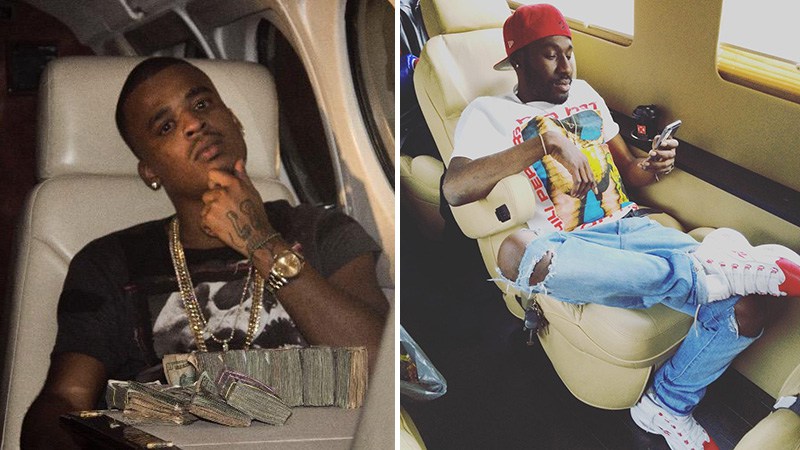 Back in March, Atlanta based rapper Bankroll Fresh was unfortunately gunned down outside of an Atlanta recording studio. Now in an interview with Vlad TV, fellow Atlanta artist & former friend of Bankroll, No Plug has detailed what exactly went down on the night of March 4th.

On the night that Bankroll was murdered, No Plug says he met a friend at the studio with no intent to have an altercation. Bankroll was tipped off to him being in the vicinity and it was then that No Plug says that Bankroll approached him from behind and questioned why he allowed people to mistreat him at the turkey drive. No Plug alleges that he tried to avoid any altercation but says Bankroll tried to mush him in the face. It was then he says, “I grabbed him and we tussled and fell down the steps. But, our childhood friend C-Note, he broke that s**t up.”
No Plug then leaves the studio but returns once he realizes that both of his phones must have fallen out of his pocket. He says he rolled back up and asked some people if they could look for the devices, in this moment as he is sitting in his car, Fresh and a group of men come outside with guns.

Later, shots were exchanged. “He came out with the gun and s**t happened. He fired a shot and s**t happened. We pulled out and he ended up dead. It’s that simple.” After getting the call that Fresh had died, No Plug says he retained the services of Gucci Mane’s lawyer and turned himself into the police, where he was interrogated for about ten minutes time. “He approached me twice with a gun. The first time, when he came down and he had the gun before it fell. The second time, when he came out with the stick,” he recalls.

No Plug claims the video footage matched his story and proved that Bankroll Fresh incited the altercation, and so it became self defense and he was not charged. “I was never on no hatred s**t, he caused the situation to happen.”

Watch the entire interview below.