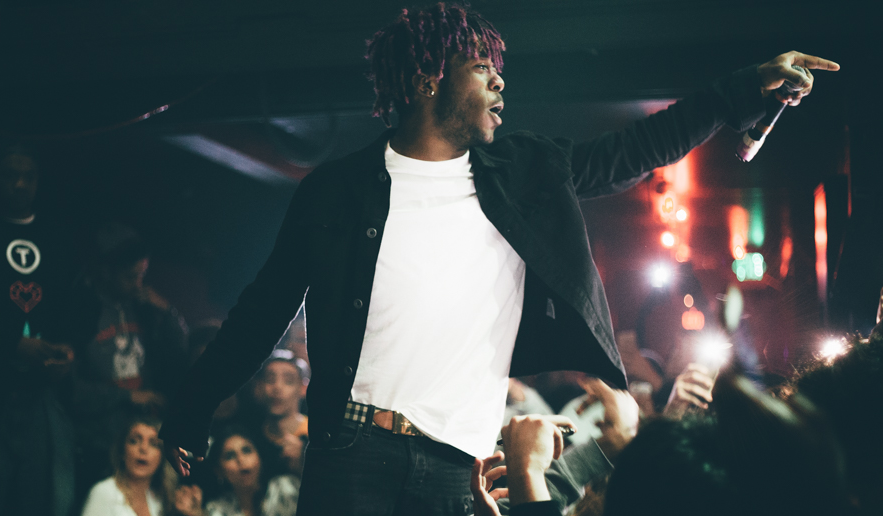 While performing at Day N Night Festival in California over the weekend, Lil Uzi was mobbed by his fans after jumping off stage.  For whatever reason, Uzi thought it would be a good idea to hop off stage and go for a quick run, but it didn’t play out exactly as he planned.  Watch below as he gets tackled to the ground by a huge group of fans.