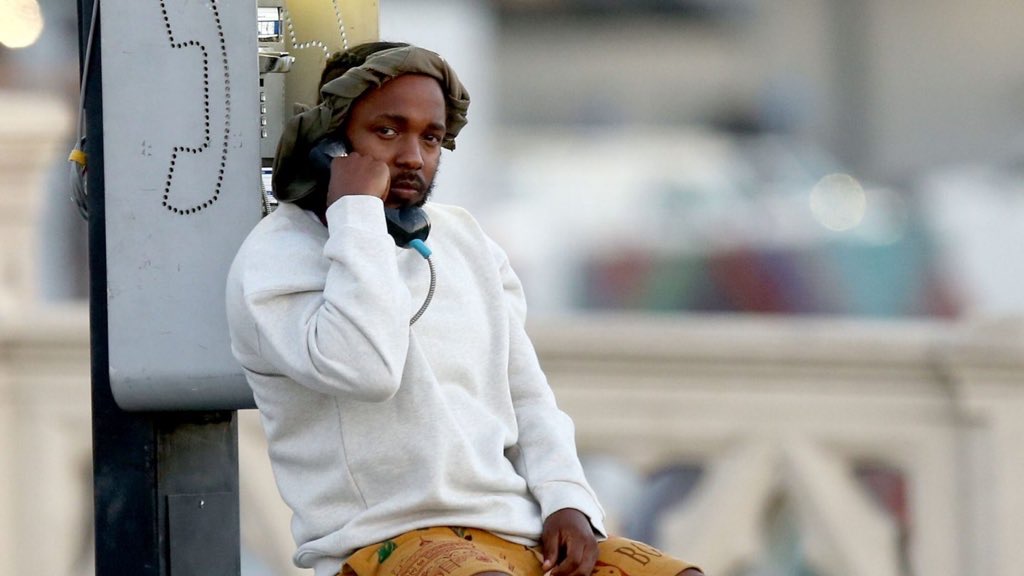 In the latest clip Kendrick can be seen suspended over the water on a beach dressed head to toe in all white.

Despite the overall downer of a year 2020 has been thus far, we just might finally have something to look forward to.

According to a report by People Magazine, Kendrick Lamar was seen in the downtown Los Angeles area on Tuesday shooting a music video from his highly-anticipated fifth studio album.

The entertainment magazine shared a photo of the Compton rapper allegedly on set with a payphone in hand, which you can see below.

The last time we heard from Kendrick was on the release of his critically acclaimed DAMN. album over three years ago. As fans across the globe anxiously await new music, a music video being shot would surely indicate we’re heading in the right direction.