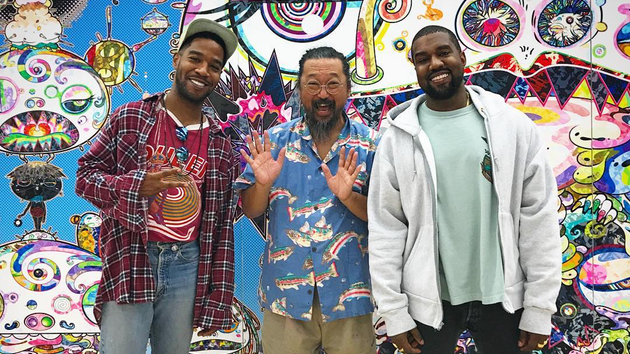 Kanye West & Kid Cudi have been seen moving around together on numerous occasions over the past few months & it turns out there might be more behind it than originally perceived.

According to multiple reports, the two have been working on a secret project together while abroad in Japan:

Ye & Cudi recently visited Takashi Murakami, the man behind Kanye’s Graduation artwork, at his studio in Tokyo which lead many to believe they could be back working together.

These findings were further fueled by longtime Ye associate Coodie Simmons, who shared a similar photo of himself, alongside Kanye & Cudi in Japan with the caption reading: “Coming Dec 31st! #EVERYBODYWINS #GODisGREAT.”

We all know Kanye has a fondness for dropping music on New Years Eve, let’s see if this pans out to be the next release.

Check out the photos below.

Long time no see @kidcudi and #kanyewest. Thank you for coming to my studio. It was fire ???