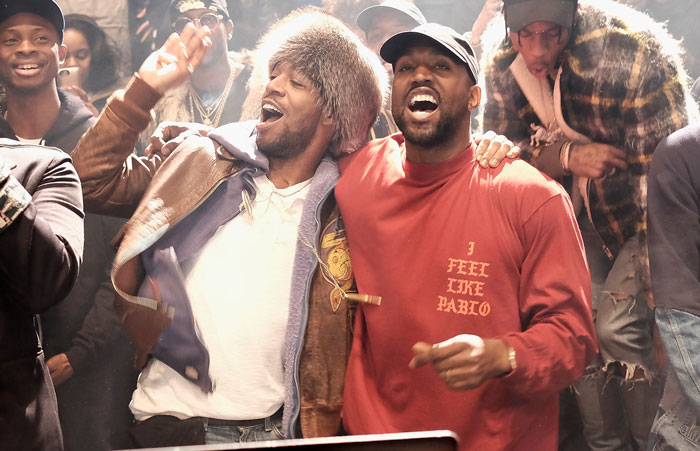 It looks like Kanye West is hoping to work out his differences with Kid Cudi as he had nothing but nice things to say about Cudi at his Saint Pablo tour stop in Houston tonight.  Mid-performance, Ye took a moment to shout out Cudi, calling him as the “most influential artist of the past 10 years” & that he “wishes him well.”

See the video below.

Catch up on the entire Kanye / Cudi situation here.