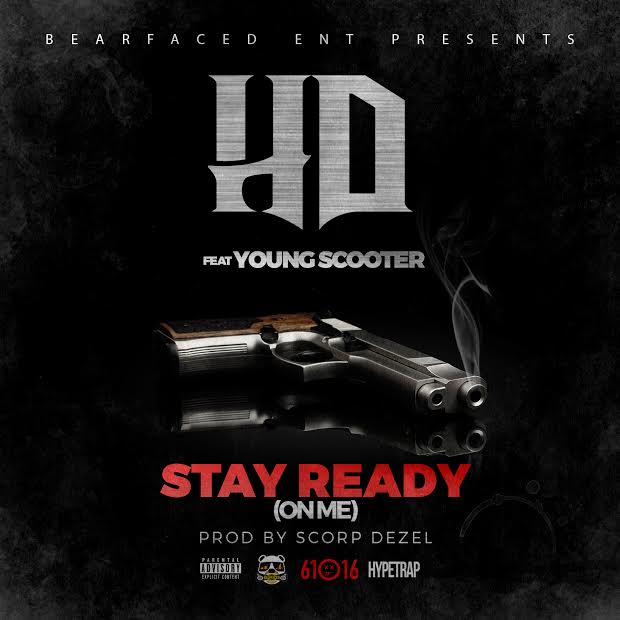 North Oakland Hip-Hop artist, HD, is of that very few of artists that are to be mentioned in those victorious conversations. Coming home from 5-months away from music, he scoops up Young Scooter, a major beat, and a booth to spit heavy-hitting bars that are worthy of a head nod or two.
Stay Ready (On Me) serves as the first release from his forthcoming project drop, The O.N.E. – Originality Nothing Else, which is slated for release September 30th. The project is set to release southern gems like Young Scooter, Freebandz, 1017 Brick Squad, and his home team label-mates. With HD no stranger to attention, having achieved over 10 million+ Youtube views collectively on previous videos, he’s ready to present his fans with new heat to continue his musical impetus.
Listen to his latest release featuring Young Scooter, “Stay Ready (On Me)” and stay tuned for his upcoming project.
HDYoung Scooter