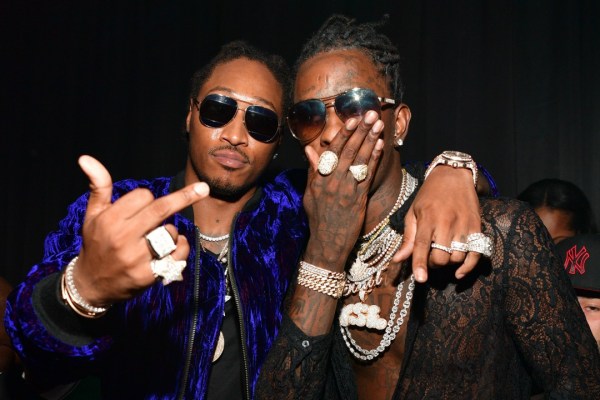 After reconciling earlier this year, Future & Young Thug are back in the studio together and a few clues suggest there’s a project on the way to show for it.

It began yesterday when Thug sent out a cryptic tweet, which Future later retweeted, with the following message:

After further investigation, KTT users uncovered a tweet from one of 21 Savage’s associates claiming “Thug and Future new project sounds amazing.”  Considering that 21 has been traveling across the country with Thug on the HIHORSE’D tour, it’s not unlikely for someone in the circle to hear the unreleased material.

In addition to all of that, Thug & Future have been teasing new music via snapchat recently, which you can see below.  Only time will tell, but if we’re taking this at face value I’d say to keep an eye out for that Thug & Future collab project coming soon.