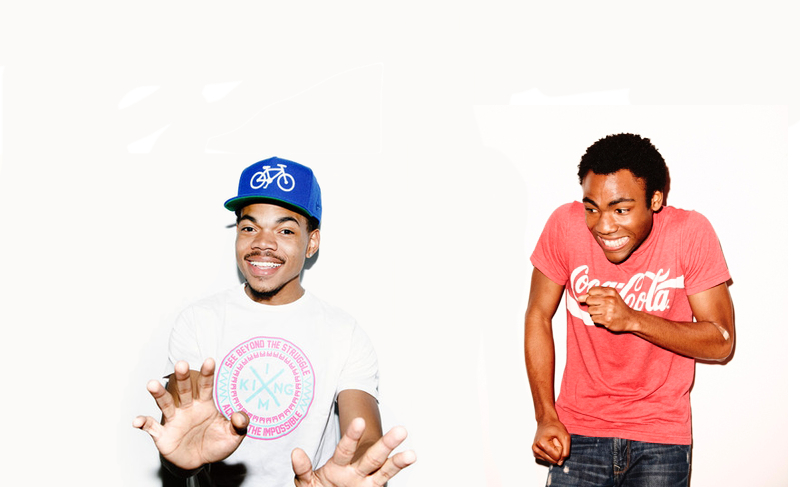 One of the most talked about collab albums to never happen (yet) is back in the news today. Earlier this week Childish Gambino called in to Big Boy’s radio show to discuss his current endeavors & of course the folks wanted to know about his rumored project with Chance The Rapper.  Keeping it brief, Gambino said:

“We actually sat down in the studio and were talking for a little bit. We’re both busy but when he has, like, a moment, we’ve just been sitting down and just working together. I think it’s about catching a vibe.”

Several months ago, Chance The Rapper confirmed the existence of a collab project with Childish Gambino, despite it being nowhere near complete. Well it looks like Chance & Childish are finally getting around to the project as Chance shared a picture of the two on instagram earlier with the caption reading “Hawaii then LA, back to work. #roscoeswetsuit.”  Although it’s seemingly a good sign, I wouldn’t hold your breathe on the release. See the post below.

Hawaii then LA, back to work. #roscoeswetsuit

UPDATE (5/24/16):  While sitting down with Zane Lowe of Beats 1 Radio today, Chance confirmed that not only does his collab project with Childish Gambino exist, but that it WILL see the light of day. Listen to the entire interview below.

ORIGINAL POST: Chance The Rapper probably just re-ignited a couple thousand fans’ hopes tonight after speaking on a project we’ve been waiting on for quite some time.  During a Reddit AMA that he participated in earlier today to promote his new mixtape Coloring Book, Chance was questioned whether his joint project with Childish Gambino still existed, to which he quickly confirmed “Yes.”  Gambino has been MIA for the better half of the past three years while fans have anxiously awaited his next solo effort, & now with this back on the board the hype will only grow.

Check out the entire AMA here or see Chance’s comment on the project below.