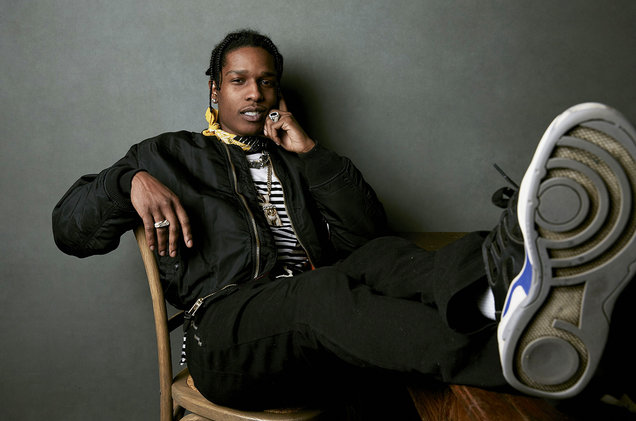 It was just a few months ago that A$AP Rocky was unable to leave Sweden, now he’s heading back.

On December 11th, Rocky will return to Sweden for the first time since his arrest to perform at the Ericcson Globe but he’s hoping to make one more stop while in the area.  Rocky, real name Rakim Mayers, has expressed interest in performing at the Kronoberg Detention Center where he spent just over a month behind bars.

On Monday, Rocky’s legal team sent a formal request to Kronoberg in an attempt to set up a concert for those being held at the detention center:

[Mayers] is now wondering if there are opportunities for him to make an appearance for the detainees at the Kronoberg detention center or any other detention or institution in the Stockholm area.

As of today there is no update on whether both parties can come to an agreement.

The press secretary for the Swedish Prison and Probation Service, Gustav Borg, issued the following statement:

We have received the application but so far there is no decision. We are simply watching this. Because it is a tight time frame, we will look at it as soon as we can.