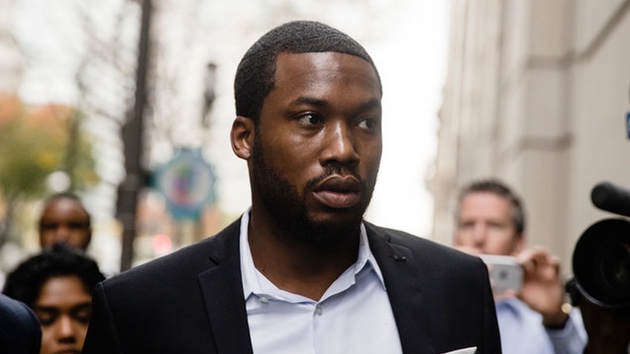 UPDATE: In the latest turn of events, one of the officers that was on the scene when Meek was arrested back in 2017 has confirmed Meek was set up.

Jeffrey Walker, who was the partner of Officer Reginald Graham at the time of Meek’s arrest, also shot down the alleged scenario where Meek aimed his weapon at Graham:

“That boy [Graham] lied like it was second nature! If you had your weapon drawn, [Meek’s] never pulling a gun. The second he raised that weapon, he would’ve had one breath to live. Straight up and down, they’d have aired him out. We’re talking closed casket, not open.”

Earlier today it was revealed that Officer Reginald Graham, who originally arrested Meek back in 2007, is among a list of corrupt Philadelphia officers that the District Attorney’s office keeps off the witness stand due to the fact that they have a history with lying, racial bias & brutality.

At the time of his arrest Meek was just 21 years old and was sentenced to 10 years probation.  Back in November, just a little less than 10 years later, Meek was found guilty of violating his probation & sentenced to serve 4 years in prison.

Officer Reginald Graham was invested by federal authorities back in 2013, but retired before any hearing took place.

Meek is currently set to appear before a judge for his latest appeal in April.

SAINt JHN Recruits Meek Mill For “Anything Can Happen”

Meek Mill’s 2008 Conviction Has Been Overturned